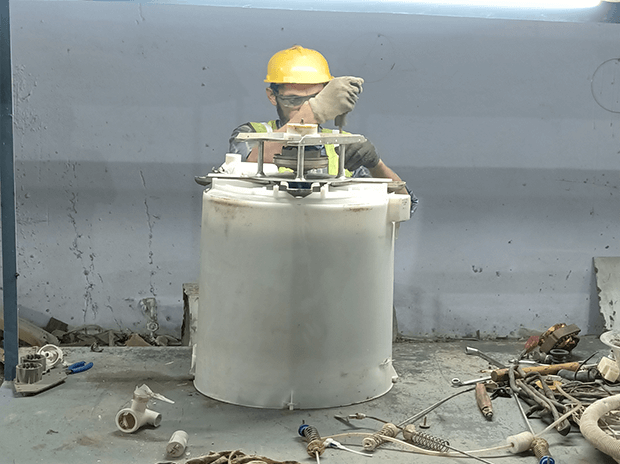 The onset of digital era has created a unique situation – providing growth opportunities across industries, whilst drastically increasing the use of electronic equipment. What environmentalists and organizations are now realizing is that accelerated technology upgradation leads to discarding of old electronics, in turn adding to the rising e-waste problem.

I recently read some alarming statistics relating to the increasing global issue of electronic waste generation –in 2019 alone, the world generated 53.6 million tonnes of e-waste with 24.9 million tonnes produced by Asia; followed by the Americas (13.1 million tonnes) and Europe (12 million tonnes), while Africa and Oceania generated 2.9 and 0.7 million tonnes, respectively. At this rate, it is estimated that by 2030, the global e-waste output would reach 74.7 million tonnes. These numbers speak of a crying need to control our e-waste footprint on an urgent basis.

The pandemic has only exacerbated the situation, with people restricted to their homes, and only electronic devices providing the company and entertainment to a majority of them.

The Developed Nations’ Reality
The US and Europe have been the top offenders of e-waste generation, with past research showing that e-waste generation per inhabitant was between 20-25 kg and growing in 2016 . In more recent times, most of the European countries have banned e-waste disposal in landfills because of toxic components linked to cancer and other health problems. Interestingly, USA’s e-waste generation comprise only 2-3% of its total solid waste stream; however, toxic and hazardous materials like lead, cadmium, and others in aging circuitry account for 70% in the country’s landfills. Surprisingly, the country has highly inefficient e-waste infrastructures, with more than 100 million computers being thrown away with merely 20% recycled.

Overall, in most of the high-income countries, around 8% of e-waste is assumed to be discarded in waste bins, while 7-20% is exported .

Where India stands
With an annual e-waste generation of more than two million tonnes since 2018, and the Indian electronics industry expected to grow by 30% over the next five years, the volume of e-waste is bound to rise exponentially. However, India’s waste management infrastructure is still at a nascent stage.

The country’s informal and unregulated sector plays a major role here, processing more than 95% of e-waste. The unauthorised recyclers refurbish or repair electronics and electrical equipment intended for disposal, selling them at secondary markets to make additional profits.

While the government introduced the Extended Producer Responsibility (EPR) concept in India under the E-Waste (Management and Handling) Rules, 2011 to curb such wrongful e-waste disposals, it was only with the 2016 amendments that the EPR authorization process got simplified for the producers, ensuring more stringency in terms of making them liable to collect 10-70% (over 7 years) of the e-waste they produce.

Slowly, the formal sector is becoming active in establishing alternative business models based on proper collection and recycling strategies.

Way ahead…
It is time for India to step up and take lead, ahead of the developed nations and show the way for responsible e-waste management. Strategies such as earmarking industrial spaces for e-waste dismantling and recycling facilities; undertaking industrial skill development; and establishing measures for protecting the health and safety of workers engaged in the e-waste dismantling and recycling facilities are steps in the right direction.

Developing reverse value chains to trace the manufacturers’ products after their end of life would be a vital element in carrying out waste management process effectively, as well as, for curbing illegal procedures adopted by the informal sector. All such mechanisms would ensure proper and consistent recording of e-waste statistics, which is highly imperative for producing actionable insights into the e-waste industry.

Do you have questions regarding our services?

Our representatives are here to answer any questions that you may have.
Contact Us

CSR
Awareness
About Us
Volunteer

All content of this website including the text, graphics, images, and all other material have been created only for the purpose of providing information. While we have taken the best efforts, Clean to Green™ Society does not make representations or warranties, express or implied, about the accuracy, reliability, suitability, or completeness with respect to the website or information provided. In no event do we accept any liabilities of any description including liability for negligence, liability for any damages whatsoever resulting from loss of use, data or profits arising out of or in connection with the viewing, use or performance of this website or its contents. The pages contained in this website may contain technical inaccuracies and typographical errors. The information in these pages may be updated from time to time, and may at times be out of date. We accept no responsibility for keeping the information in these pages up to date or accept any liability for a failure to do so.